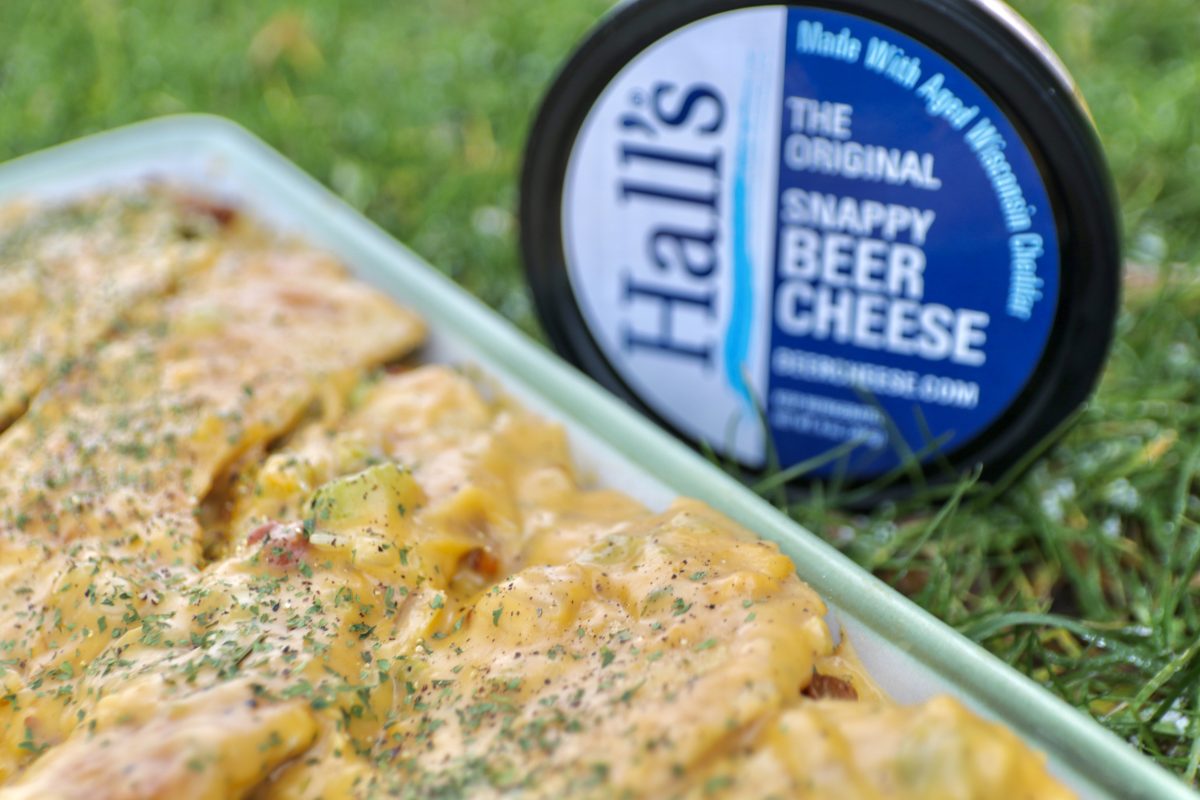 Hey, y’all! Happy (almost) New Year! I know many of us are pivoting from our normal New Year’s Eve plans and will be spending it at home with our families. As such, I wanted to provide y’all with a delicious recipe to serve this New Year’s that is, simply put, one of my new favorite dishes. The best part? It’s easy-to-make + has many layers of flavor. I hope y’all enjoy my recipe for Hall’s Beer Cheese Chicken as much as I do!

Tip from JC: This dish pairs well with any vegetable + perfectly with a starch — it’s the foundation for a well-rounded, well-composed meal!

The unique flavor of Hall’s Beer Cheese begins with aged Wisconsin sharp cheddar cheese and finishes with a bit of spice that provides the “snap”. How they achieve the exact spiciness and texture of the beer cheese spread remains a secret, adding to the allure of the brand. I’ve loved it my entire life!

Enjoy my recipe for Hall’s Beer Cheese Chicken? Find my other recipes here!

Thank you, Hall’s Beer Cheese, for sponsoring this post. All thoughts + opinions expressed are my own.

The 2020 Bourbon Classic: Get Ready, Kentucky!