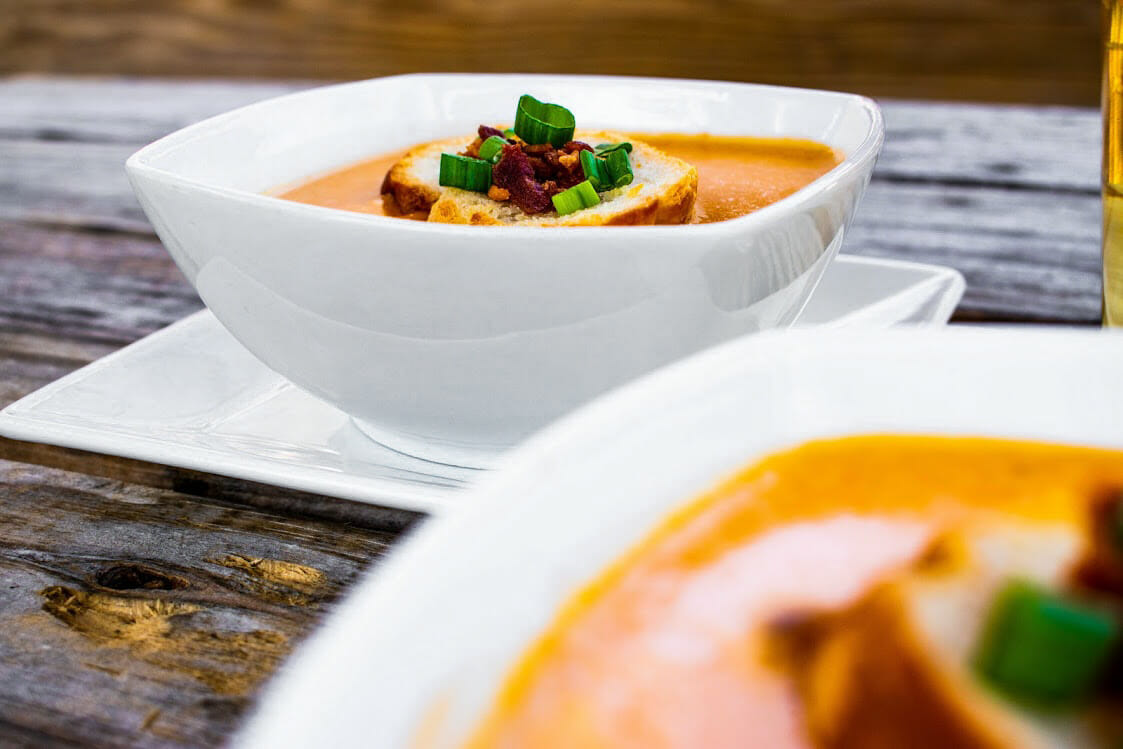 Hey, y’all! There are traditional, classic recipes — and then there are Decadent Kentucky Derby Dinner Recipes, which are sure to be memorable for you + your loved ones. Southern food – and, on a more micro level, Kentucky food – is rich, filling, and chock-full of flavor; as such, I’m excited to share some new beer cheese recipes with Hall’s!

Beer Cheese is a Kentucky legacy — and Hall’s is the king of the pack. I have loved Hall’s for years and consider it to be one the very few “staples” of my weekly routine. I can easily go through 1-2 containers/week; while it’s delicious to just eat as a dip itself, it’s also extremely versatile to use in the construction of recipes. Today’s post is an exemplification of that, as it speaks to its versatility.

Need I say more? Well, I will: I’m going to show you how to purpose it three different ways! This is the perfect recipe to make for a Derby party, as it is multi-faceted and embodies Kentucky culture.

Pour Hall’s Beer Cheese Sauce over a large platter of tortilla chips of your choosing. Top with your favorite nacho bar toppings. My recommendations? Jalapeños, fresh salsa, green onions, sour cream, and even some prepared pulled pork as a crowd pleaser!

Pour Hall’s Beer Cheese Sauce over a bowl of hot pasta noodles of your choosing and mix well. Serve with additional topping of crispy chopped bacon, breadcrumbs, and grated cheese.

Ladle sauce into small soup bowls. If you prefer a thinner soup consistency than stir in a cup of chicken stock in the last step of the recipe for the sauce before bringing sauce to a bubble. Top soup bowls with additional crispy chopped bacon and fresh chives. Serve with toasted crostini or bread of your choosing.

The unique flavor of Hall’s Beer Cheese begins with aged Wisconsin sharp cheddar cheese and finishes with a bit of spice that provides the “snap”. How to achieve the exact spiciness and texture of the beer cheese spread remains a secret — which adds to the allure of the brand.

You can purchase Hall’s Beer Cheese in Kentucky at Kroger, Liquor Barn, and select Sam’s Club stores. The Hot and Benedictine varieties are available exclusively at Liquor Barn.

Have a decadent + beer cheese-filled Derby!

FTC: A thank you to both HBC for sponsoring this post + my readers for supporting those that make JCP Eats possible. All opinions expressed are my own.

The Premium Seating Experience at the Louisville Palace