An Evening At Keeneland: The Paddock Dinner Series 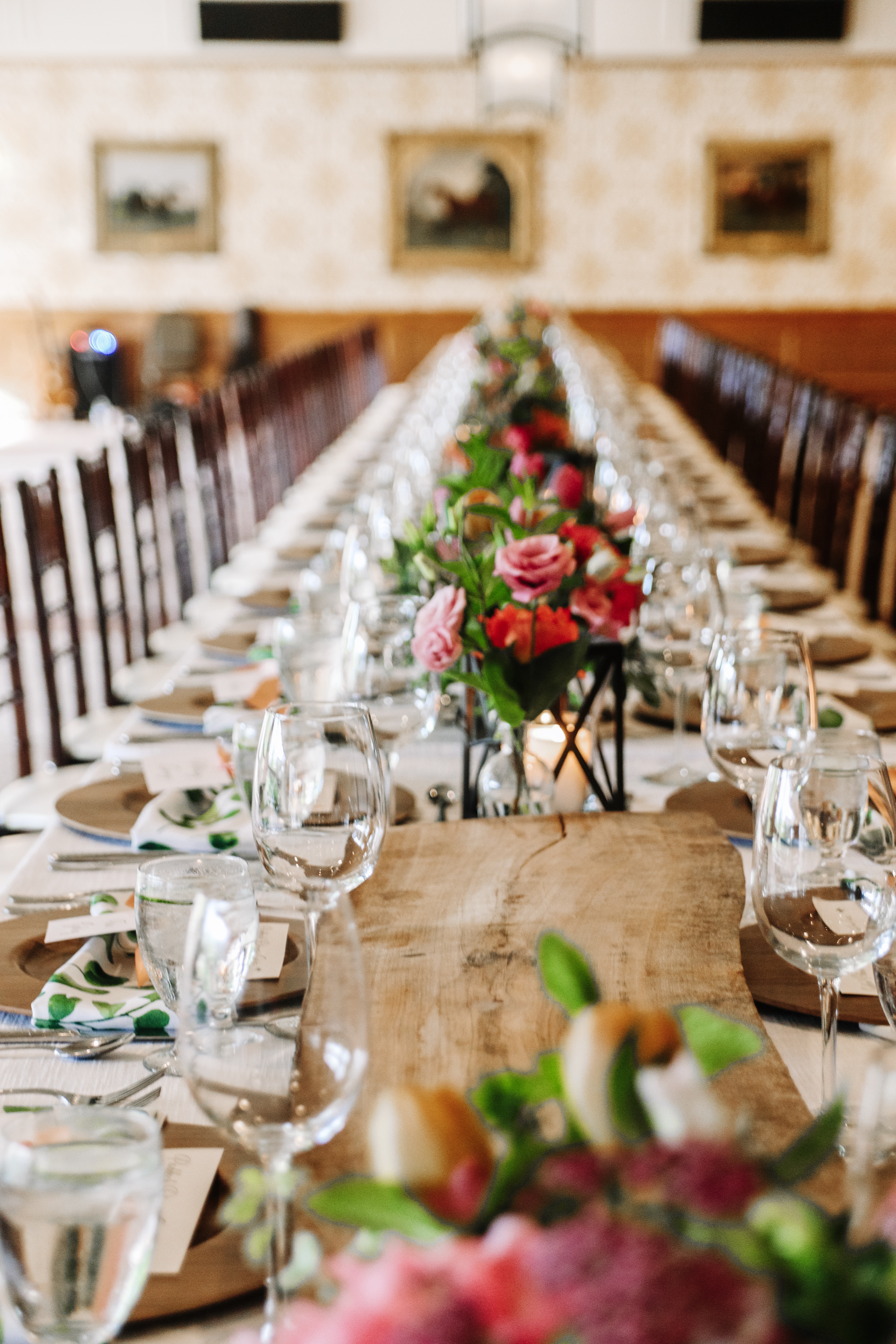 I recently had the chance to drive over to Lexington and spend an evening with my friends at Keeneland. Keeneland has been a large part of my life for as long as I can remember – from the time that I lived in Russell County, to college memories while at Centre, to days spent at the races as a twenty-something postgraduate. However, this was my first time attending a dinner on the immaculate grounds — and let me tell you: the Paddock Dinner Series was something to write home to your MeeMaw about!

Founded in 1936, Keeneland’s mission is to continually invest in the equine industry and to preserve the tradition of Thoroughbred racing. To merely say that they have accomplished this would be gross understatement; they are a world-renowned racecourse – a fact that we, as Kentuckians, should be immensely proud of. I would also argue that Keeneland serves as a meeting ground, an oasis of southern culture; there’s no place quite like it in the Commonwealth, or anywhere, as far as I am concerned.

The Paddock Dinner Series is held three times in the summer: once in May, once in June, and once in July. It typically occurs outside in the paddock, as the name would suggest. However, if you have been in Kentucky at any point during this year, you are well-aware of the fact that we have dealt with an immense amount of rain. That was the case on the evening of the dinner — however, it was moved into a gorgeous banquet room overlooking the paddock and it was just as gorgeous!

While the dinner was held inside, we were able to have the cocktail hour outside on the paddock, which was a treat.

The evening started off with some Citrus-Braised Carnitas Cones, which featured smashed avocado and a lime emulsion (I loved the presentation!), and Watermelon Ginger Elixirs, which were garnished with cherries and bourbon sugar.

The cocktail hour also wouldn’t have been complete without a bourbon + gin-based cocktail. Both were fabulous!

Once seated inside, my friend Jackie and I quickly started making new friends at the table. The meal was served family-style, as it was one long table subdivided into groupings of eight. This made the evening very intimate and personal, which I loved. And while family-style dining is casual, this dinner was both elegant and approachable — an intersection that isn’t easy to achieve.

Our meal started with Torched Hamachi, which was flown in that day from Hawaii and featured Japanese cucumber, young ginger, and a bourbon shoyu. I wish I could explain, in words, just how decadent this was. Y’all will just have to take my word for it.

Next came the Summer Melon, which was accompanied by grilled peaches, garden mint, marinated feta, and a warm cucumber vinaigrette. I could have quite honestly devoured the entire platter. In the same course was the Keeneland Cured Duck Ham, which was duck prepared in the style of country ham with chicory, smoked salt, and a blackberry chardonnay gastrique. All I can say is that it was exquisite — and unlike anything that I have had before. Two thumbs up.

After the Keeneland Cured Duck Ham, my favorite course came to the table: Country Style Slow-Braised Veal Short Ribs, which had a celery root mash, golden oyster mushrooms, and a glace de viande. They were so, so tender — and nearly melted in your mouth. With one bite, I asked a tablemate to pass the platter back to me.

It would be erroneous to forgo bragging on the Butler Farms Cherry-Smoked Lemon Chicken course, which had a dill pickle relish, carmelized young leeks, and bacon jam. This was definitely a table favorite.

The sides stood up to the main courses, as the staff quickly brought out Pan Roasted Market Vegetables – rainbow carrots, mustard greens, beets – and Duck Fat Marble Potato Confit, which had a garlic scape pesto & was flavored by port wine salt. Need I say more?

Well, actually I want to say more, but just one word: dessert.

Dessert was a Blueberry Madeline Trifle, which was eloquently topped with 18 yr. old balsamic, country créme, and a mint gremolata. Sweet, but not overly so — the perfect ending to a fabulous meal.

Hosted by Executive Chef Marc Therrien, I found the Paddock Dinner Series at Keeneland to be a decadent display of locally-sourced cuisine, elevated concepts, and beautifully-crafted cocktails. Apart from that, it was an evening of socialization — memories were made with old friends, new friends were made, and the accompanying live music was the perfect touch.

The standout aspect, apart from the food, was the setting. It doesn’t get much better than Keeneland – and I do hope that you will take advantage of future events on the grounds. Be sure to keep up with their announcements + act quickly — ticketed events sell out fast!

Until next time, Keeneland — I’ll see y’all at Railbird + at the fall meet!

FTC: This is a sponsored post; however, as always, all opinions are my own.

Dining At Down One Bourbon Bar & Restaurant