My Coming Out Story 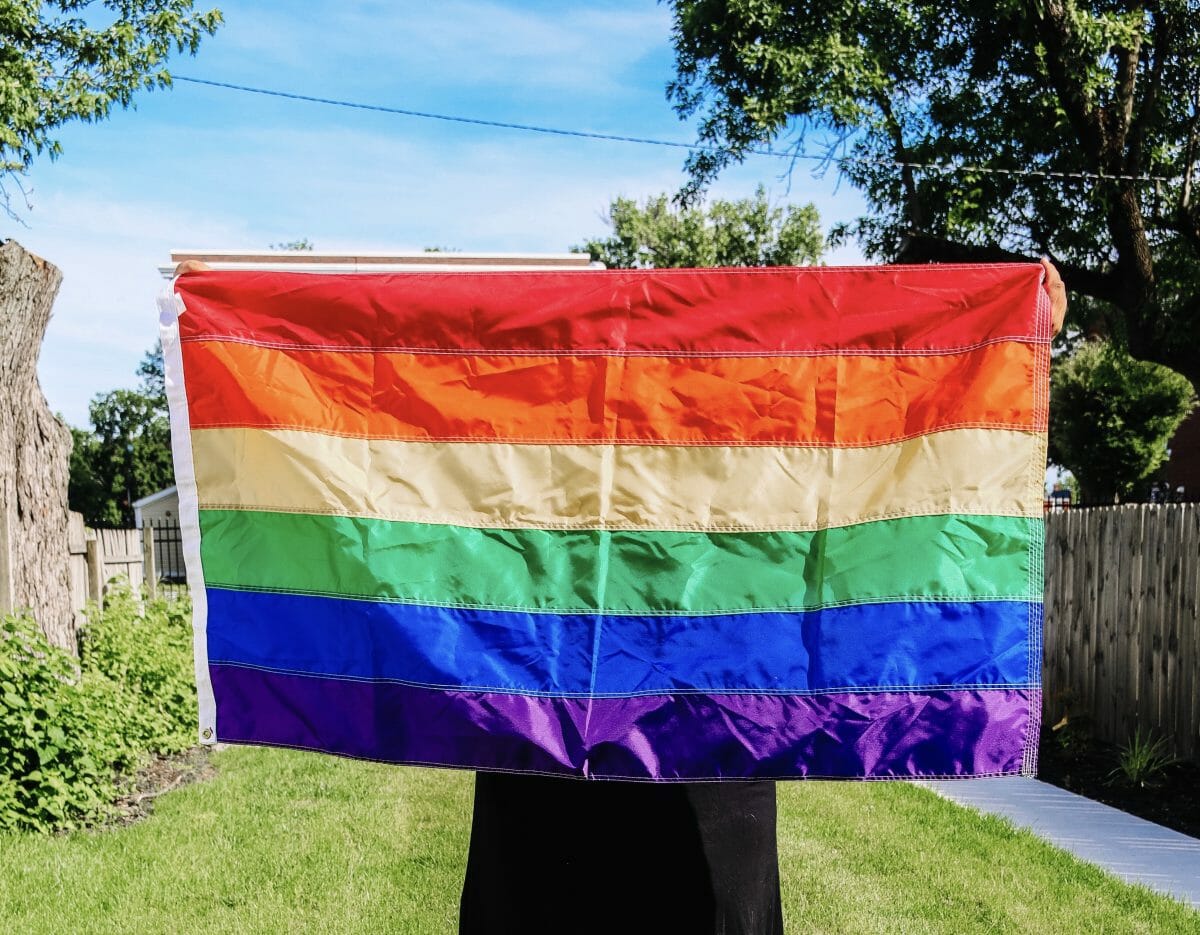 Did you know that June is Pride Month? During this time of year, I often experience a multitude of emotions. I think about my past — past struggles — where I’ve been, where I’m going, and where/who I want to be.

I try to be open here on the blog about my life – however, naturally, there are many things that I have not addressed. One of those is my coming out story — which is, for many LGBT people, the most personal of stories. I concur with that sentiment.

To fully tell this story, I’m going to invoke a timeline — taking you from my past to my present.

Important background information: I’m from a small town in south-central Kentucky. One that I love with every ounce of my being. It is chock-full of amazing, talented people — people that have molded me into the man that I am today. That said, when you are different from the status quo, it was challenging to be there. I knew no one else like me. While I had adults and adult friends that always supported me, I did not always relate to people my own age (and I sometimes still struggle with that, largely a leak-over from childhood).

I was always the weird kid.

I was advanced academically — thus, I was often ostracized.

I preferred to hang out with girls, though was often encouraged to make friends with my own gender.

I secretly liked many things that we are socialized to believe are feminine — many of which I kept to myself… a burden that was, more often than not, too much to carry for a child.

I was obese — food was the one thing that helped me escape it all.

I was first called a “sissy” in second grade. I was seven. Looking back now, I didn’t fully know what that meant. But, I knew that it was a slam. And it hurt.

I was first called “gay” in the third grade. The class erupted in laughter. I was singled out. At the time, I knew that I was different — but, I hadn’t quite put my finger on it.

I was baptized that year. I’m both the step-son and the grandson of pastors. Would these societal sins be washed away? I hoped.

Not exactly — or at all. In the fifth grade, I developed my first true crush. It was a boy. I prayed that it was a mistake. It wasn’t.

In that moment, I experienced my first stint of anxiety. It crippled me — I was a child. Looking back at that quite literally breaks my heart.

I chose to have girlfriends because it made my life easier. I was still called every name under the sun — each slur associated with LGBT individuals — but, I had an alibi. I was safe… or so I thought.

Still, my locker was broken into.

I was laughed at.

At this point in the story, it would be erroneous to not stop and thank the teachers at Russell County High School. Y’all know who you are. Several of you are avidly in this space, my blog. You took up for me in a time that I couldn’t – or, rather, wouldn’t – take up for myself. I love y’all for it.

The summer between my junior and senior year of high school I had the privilege of attending the Governor’s Scholars Program at Centre College (my alma mater). My dorm was on the first floor of Nevin Hall. Upon meeting my hallmates, I quickly learned that a handful of them identified as LGBT, including my roommate. I couldn’t believe it. Before my own eyes — people like me. What was I to do?

While a Governor’s Scholar, you have a Focus Area (essentially, a major), along with a minor class + a seminar. In seminar, we discussed things that I had never experienced in an open dialogue. Privilege. Race. Oppression. Socioeconomic Status. Sexuality.

Around the second week, we played a game called “Cross The Line”. If the statement applied to you, you quite literally crossed a line. One of the questions, inevitably, was “Do you identify as a member of the LGBT Community?”

I enjoyed the rest of my five weeks at Centre as a new person. However restricted, an out one. It was empowering. Scary. But, empowering.

I returned to Russell County – and, subsequently, to the closet.

I finished senior year with the most fond memories of my experience at GSP, which made me crave similar experiences in college. When people asked me how my summer was, I clammed up. I couldn’t tell them all of the details, as they were too revealing. Incriminating. All I could say was: “It was life-changing.”

I graduated at the top of my class. I wanted to be remembered as the academic, not the gay kid. That’s why I kept it in. After graduation, at Project Graduation (the school-led after party), I told my nearest friends my truth. Maybe 5 people. They knew. They all knew. They all celebrated me in their own ways — and for that, I am grateful. Especially for Katie, my best friend that you’ve seen here on the blog. She has been a rock in my life for as long as I can remember.

I unloaded my belongings into my Centre College dorm room — the third floor of Caldwell  — more excited than I had ever been in my life. This was my time. My time to show academically what I have been preparing for my entire life. My time to justify all of the effort that I had put into books, to take that and launch it into full-fledged academia and then into a career. But, it was also the time to live my truth.

From the get-go, I was openly gay in college. Everyone knew it. And you know what? I was celebrated for it. My classmates and professors at Centre supported me in this transitional period — which was, to understate, powerful.

The start of college was overwhelming. Books, parties, social life, and, in my case, boys. Frank Sinatra said it best — “What a world, what a life, I’m in love!” And in love I was. Head over heels with my first (and to this point, only) long-term boyfriend.

This relationship, among other things, gave me a glimpse as to what life could be for me. Normal — slow and steady. Exciting — spontaneous, laugh-filled, smile-inducing. I was experiencing what all of my heterosexual counterparts in life (the overwhelming majority) got to enjoy without thought. This was the first time for me.

It — this new version of myself, my life — was addicting.

There was no going back.

I had to tell my family.

Coming Out To My Family

The most important person that I had to tell was, of course, my Grandmother Judy — a figure that y’all are very familiar with. She has always been my rock, and in this experience it was no different.

My head played games with me and told me to be afraid to tell her. And afraid I was! It was the summer after my freshman year at Centre. I was, as I said, in love — with myself, my life, and a man. I couldn’t gain the courage to say it out loud. So, I wrote a letter. I placed it on her coffee pot — the place that she visits first each and every morning. I placed it there and skipped town (to Nashville) for a weekend of concerts.

She called me the next morning. She read the letter. And she assured me, as always, that she loved me with every ounce of her being. We talk on the phone 3-5 times/day. But, seeing her name on the phone screen that morning was different.

I’m so thankful that I had her support — an experience that many LGBT people have not endured. For that, I ache — I hurt. When one part of a community hurts, we all hurt.

The rest of my family was not as quick to accept the situation; however, with time, it got better. That’s what the videos on YouTube told me would happen. I believed them to be true. And they were, luckily, in my case.

The relationship? It ended. Was it painful? More than this blog can express. But, more than the pain, powerful sentiments endured.

Both my ex and the Governor’s Scholars Program taught me how to be JC.

They made me realize that to love – to be LGBT – is to be celebrated; whenever safe, it is to be public.

The exact thing that I feared — what marginalized me in small-town Kentucky — is something that is as normalized in my life as waking up each morning and putting on my glasses.

With a lot of help from my friends, a lot of love from family, a few twirls to Diana Ross, and Aretha Franklin as the soundtrack to my life — I transformed into the modern version of myself.

One of the most profound resources that we have is social media. While it has drawbacks, I think one of the magical things that it offers is the ability to connect with people that you identify with. I found that community on blogs and on YouTube. However, young LGBT individuals now have even more powerful and avid resources — Instagram, Facebook, and many devoted online communities. Growing up in the rural south, I relied on the internet — and it was a safe space for me. I hope that anyone reading this blog, or any of my blogs, feels the same with my work.

I owe that to the younger version of myself. I feel a duty to extend open arms to others, just as others did to me. That’s why I told this story — one that is deeply personal, yet revealing. One that I often think about. Wherever you are on your journey, there are many that have been there at some point in their lives. Seek them out — they will help.

If you are a local reader, I hope that you will join me and my friends at Papa John’s this weekend at Kentuckiana Pride. I deeply respect companies that come out in support of the LGBT community both during Pride Month and throughout the whole year. Pride is not 30 days; it is 365 days long.

And, quite frankly, I love them for it.

Oh, and I have a gift for you! For all of your pride food needs (and going forward), you can receive 25% off your regular menu price Papa John’s order with my code

… and this month, I really want to hone in on the living.

FTC: Papa John’s has provided free product and compensation in return for this post; however, as always, all opinions are my own.

Sushi To Go: The Perfect Dinner In Lexington, KY

The Perfect Itinerary For A Visit To Hart County, KY