My Experience With Top Chef Kentucky 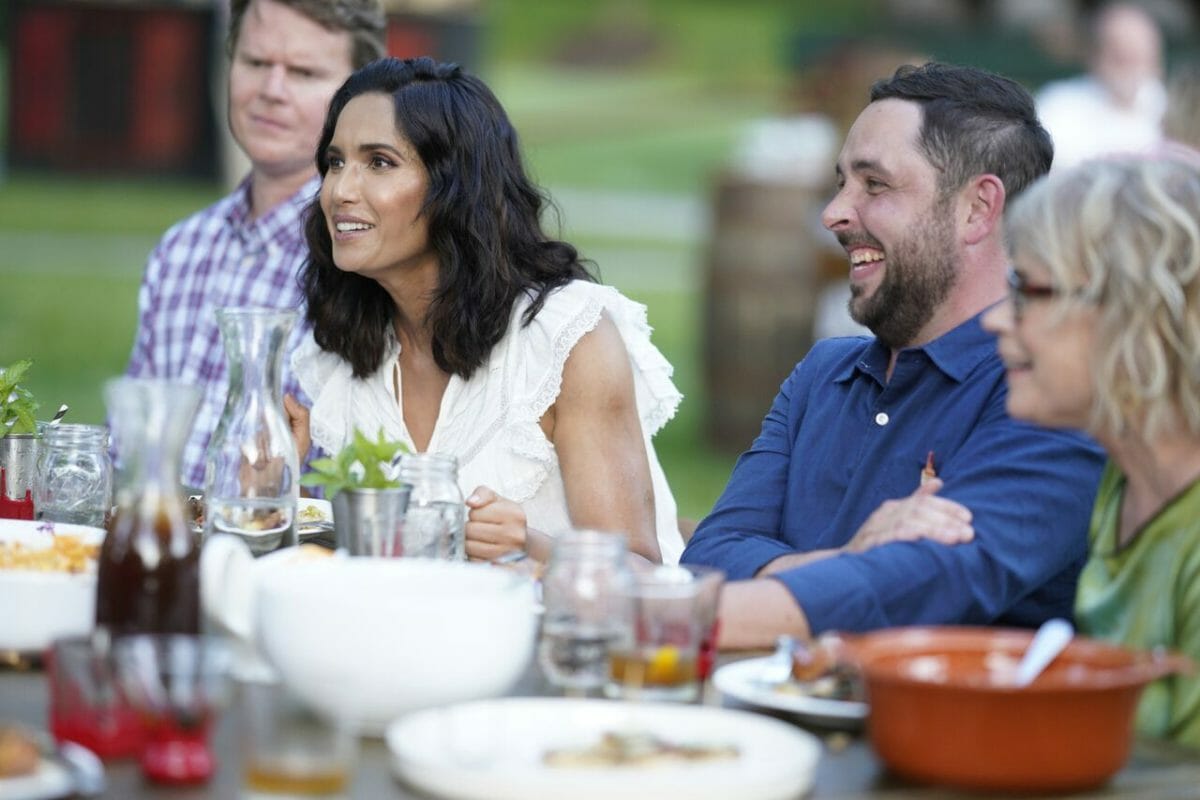 Each day, I am thankful for my job – however, some days prove to be better than others. As I am sure all of you know, this season of BRAVO’s Top Chef was filmed in Kentucky – my home.

I was honored to be in attendance (both in and behind the scenes) for TWO episodes of Top Chef Kentucky. As a huge fan of the show, it was an honor to see the production of it. Y’all, let me tell you – after working a show for 16 seasons, it is a well-oiled machine. To say that I was impressed would be an understatement.

While we do very different things in the food industry, I couldn’t help but to have immense pride towards each and every contestant. To have made it, as some did, from a lower level chef, to the higher ranks of the restaurant ladder, to a nationally-broadcasted phenomenon — I can’t imagine how much excitement they must feel.

After tasting their food on two occasions, I can also attest to the fact that the pride they have in their craft is well-deserved. These are some seriously talented chefs!

On set of Episode 2, which was filmed at Maker’s Mark in Loretto, Kentucky, I had the chance to interview two integral parts of the Top Chef Team. I’ll include some excerpts here for y’all!

First was Matt Reichman, Vice President, Current Production, Bravo Media. I couldn’t wait to pick his brain about both Top Chef and his Kentucky experience!

Q: Since y’all have done a lot of filming in the south, what’s your favorite southern dish? Also, what dishes are you looking forward to here in Kentucky?

A: My favorite southern dish is fried chicken and biscuits — my favorite things on the planet.

A Kentucky dish that excites me — mutton and frog legs!

Q: Have you ever been frog giggin’?

A: (laughs) I have never been myself.

Q: In choosing the locations for Top Chef Kentucky, what all went into the process? While I am a Louisvillian now, I am a born and raised Southern Kentuckian; thus, I was tickled to see Lake Cumberland as one of the features!

A: Cities are often the destination of Top Chef – like Charleston or New Orleans. Kentucky, I think, gives us the flexibility to explore the entire state. We are going all over the place – we could easily see 100 challenge ideas around the Commonwealth, which is exciting. As for Lake Cumberland, it highlights a different type of food — fish — and brings the spotlight to different subcultures of Kentucky.

My second interview of the day was with Sandee Birdsong, Supervising Culinary Producer, Top Chef.

Q: Let’s talk about Kentucky food. Have you ever heard of wilted lettuce?

JCP: (Shocked!) It’s a type of lettuce that you harvest from your garden (once or twice/year) that’s served covered in bacon grease — that’s why it wilts. It’s heaven on a plate!

Q: We’ve been chatting about country ham, may I give you a recommendation?

JCP: As a signature meat of the Commonwealth of Kentucky, people will argue that the some of the best varieties in rural Kentucky are found in gas stations. I implore that you explore these; gas station eatin’ is a big part of our culture. Be sure to get your country ham fix while you’re here!

Q: Where do y’all get the ingredients to stock the kitchen for the chefs?

A: Whole Foods! We source a lot there, because that is our sponsor. However, we also pick from the individual areas that we are in — it provides an authentic flavor profile and culinary experience.

I cannot thank the team at NBC Universal & Bravo enough for having me on set. From dining to being in the kitchen, this was truly an experience of a lifetime. But, more than anything else, I’m so thankful that Top Chef was based in Kentucky this year.

I’ve said it before and I’ll say it again — we are a deeply underrated state. Our culture is deep, our food is rich, and our people are unrivaled. It’s exciting to see us in the national spotlight.

Keep watching Top Chef Kentucky on Bravo — and tell me what y’all think!

FTC: NBC Universal and Bravo hosted me on two occasions to attend filming; however, this post is not commissioned and is authentic to my experience.

Have A Drink In Downtown Shelbyville At The Barrel Room

My Coming Out Story

My Stay At Ashford Acres Inn