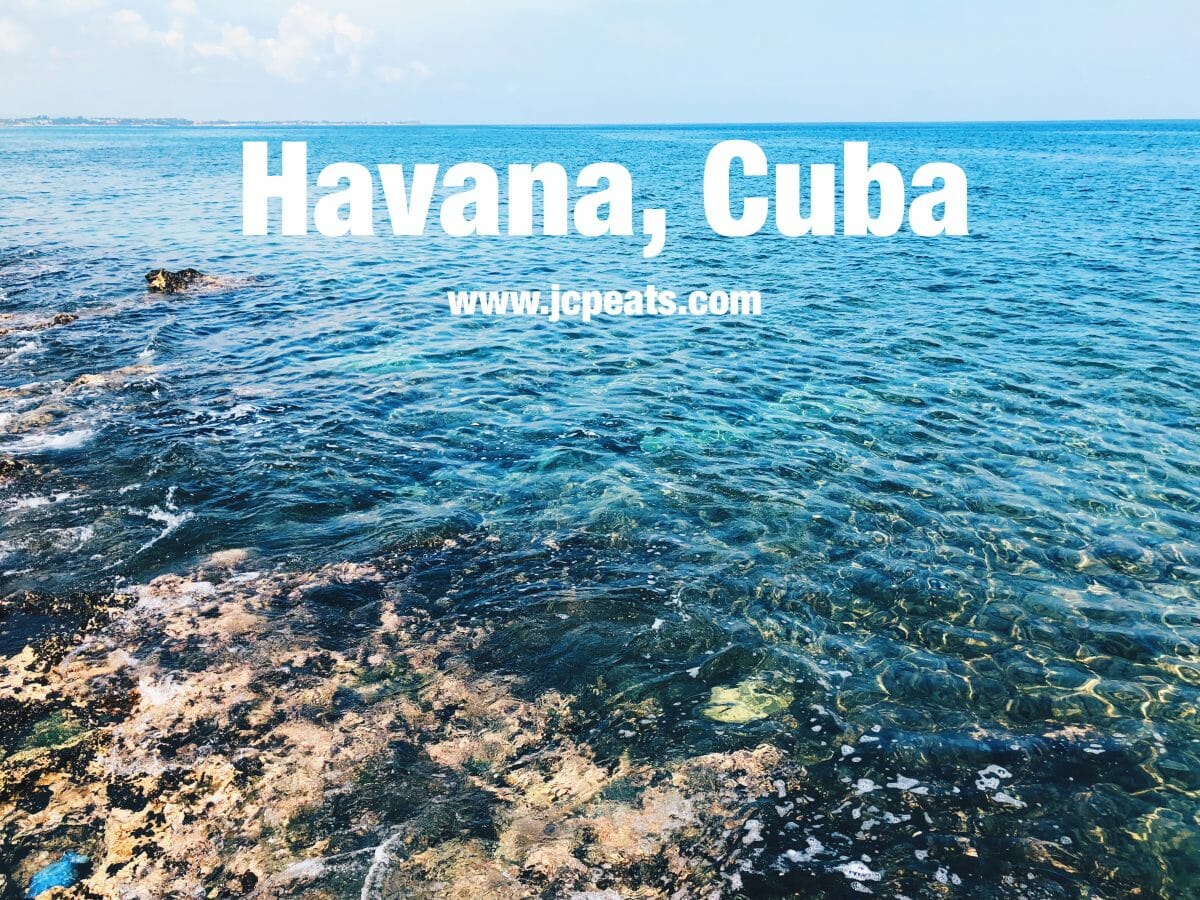 I recently visited Havana, Cuba with my friend Shelby to celebrate her graduation from our alma mater, Centre College. Traveling to Cuba was a bucket list item for me!

Due to travel embargoes, Cuba has largely been an unexplored land for Americans. However, they have been lessened and you are now able to travel to Cuba under one of twelve categories.

One very important thing to note for travel to Cuba: you have to have both a passport and a visa. Do not forget this step!

Did you know that Cuba is the largest island in the Caribbean?

If y’all didn’t know, I’m a bibliophile. I love literature with every bone in my body. If you are like me, you are a Hemingway fan. Via USA Today, “The Old Man and the Sea was actually based on his experiences in Cuba. The legendary author lived near Havana in a town called Cojimar. Visitors to Havana can go see his estate as well as the places Hemingway used to frequent in the city. In general, Havana is a great place for book lovers – and not just because of Hemingway’s legacy. The city has an abundance of secondhand book markets, especially the one at Plaza de Armas.”

If you are a fan of classic cars, you will be in awe during your entire Cuba trip! Why is that? To quote NewsWheel, “Castro placed a ban on foreign vehicle imports, making it nearly impossible to buy brand-new, foreign-made vehicles.” This embargo ceased importation, yet led to a classic car culture that is a sight to be seen!

There will be many classic car owners that offer tours of the city; we hired one for an entire day! This is the best way to see everything from a local’s perspective!

The Cuban food is, without question, delicious. This is a fantastic guide and is the one that I referenced. I have three words: plantains, mojitos, and lobster. You might be surprised by the third — I was. However, lobster is prevalent for tourists in Cuba; in fact, it has a very interesting backstory. To learn more about that, I recommend this article — fascinating!

Cuba boasts beautiful beaches; these are not located in Havana, but are certainly worth your time!

Varadero Beach is the most popular – it stretches more than 12 miles, has many all-inclusive resorts, and is simply gorgeous. (Travel + Leisure)

Cayos Coco and Guillermo is stunning and has more shallow water. Perfect for families, paddle boarders, and kayakers. (Travel + Leisure)

Playa Ancón is on the southern shore and has coral rocks to explore. Additionally, according to Travel + Leisure, “about seven miles to the north you’ll find the small Spanish colonial town of Trinidad, where the cobblestone streets and buildings have been preserved from the 1800s.”

There are multiple plazas in Havana. Much of the culture and life is based in them; whether it be restaurants, live music, drinking, dancing – they serve as epicenters for Cuban life. Don’t miss them! Here are just a few to take note of – however, don’t let this be an all-encompassing list. Explore them all!

According to Time, “Cuba’s fertile land and favorable climate allows all three types of tobacco leaves used in a cigar — the wrapper, filler and binder — to be harvested on the island.” While I do not endorse smoking and acknowledge the health risks associated with it, I do think that it is vital to an authentic, well-rounded trip to Cuba.

Havana is known for rum. The Bacardi family based their operations in the city until they left during the Cuban Revolution. The biggest producer nowadays is Havana Club – so good! Cheers!

Be sure to put Cuba on your travel bucket list – you’ll thank me later!

FTC: This is not a sponsored post; all opinions are my own.

Louisville Burger Week: Where To Go