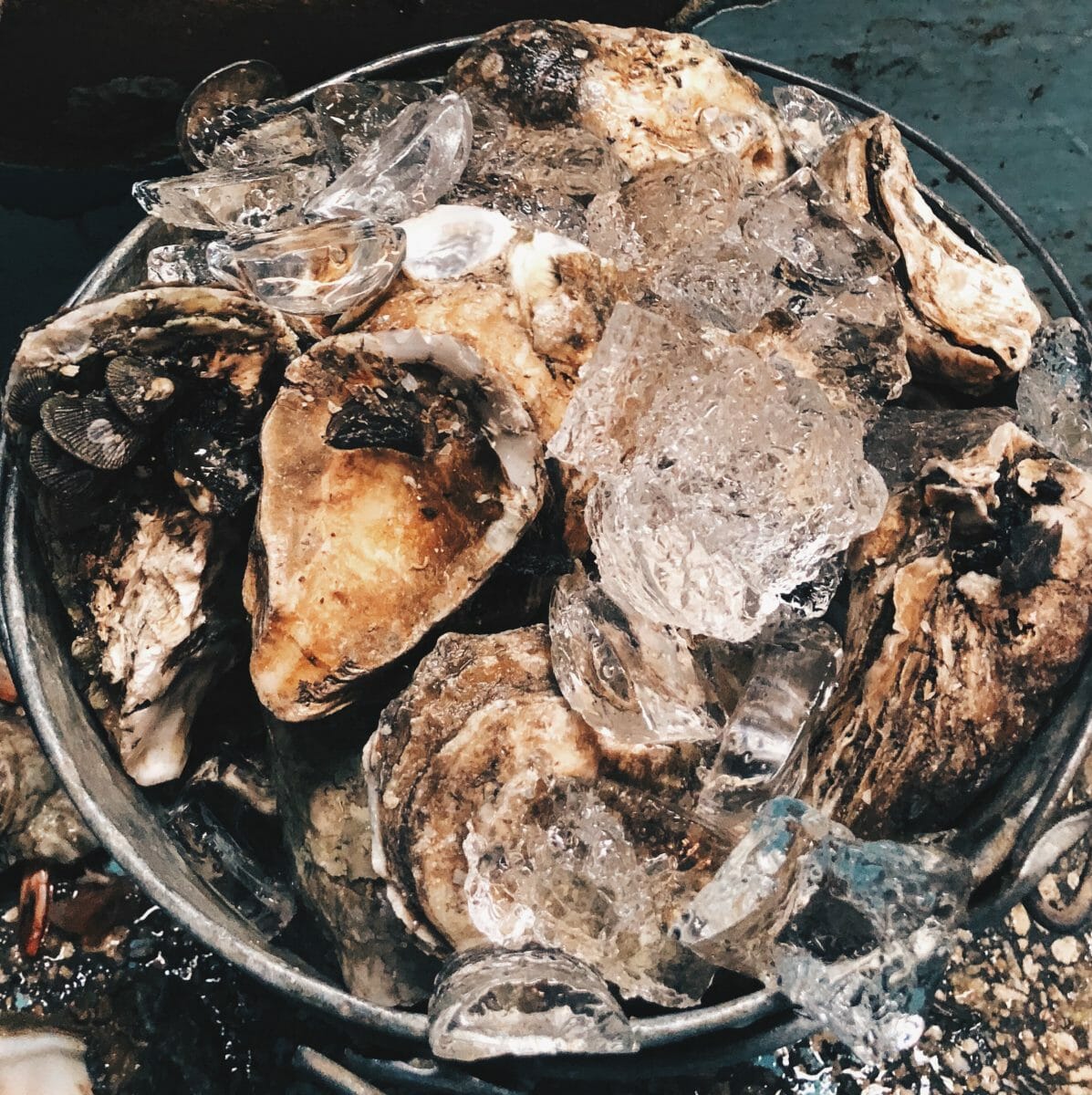 The title of this post is quite the assertion from me. My two favorite foods are lobster and oysters on the half. To say that these are the best oysters that I’ve had – and trust, I’ve had a life’s share by age 24 – is serious business.

I recently found myself staying in a condo in Orlando, Florida with my best friend. We are both oyster fanatics and wanted to have some for dinner. We had no idea what we had gotten ourselves into — a blessing, if you will.

By way of Yelp, we stumbled into Lee & Rick’s Oyster Bar and Seafood House.

To quote their website, “Lee & Rick’s opened in 1950, a 9 stool establishment that served only oysters. Lee & Rick ran the restaurant out front and raised their family in the back portion. Beverages consisted of whatever you brought in to drink, which Lee kept cold for you in her ice box. Today Lee & Rick’s is operated by their oldest son and his family, continuing the tradition of this family run establishment.

Today, the famous concrete shucking bar totals 80 feet in length, seating up to 50 people. Oysters are individually shucked for your entertainment, as well as an assurance of their freshness.

Lee & Rick’s was the first restaurant of it’s kind to be opened in Central Florida. Rick, being a sailor, had seen oyster bars in his travels around the coast of Florida, especially in the Panhandle (where he himself shucked oysters as a child). The restaurant was an instant success – via word of mouth, it quickly became known as “the only place” for fresh oysters.”

We got a seat at the bar and was assigned the nicest gentleman to shuck our oysters. We ended up having a Centre College connection – which is crazy! Such a small world.

At Lee & Rick’s, you order oysters by the bucket at the bar. A bucket is roughly 30 oysters; at only $26, it’s quite the steal.

The fresh oysters are shucked right in front of you. While they were delicious, the experience – a true oyster bar, by my definition – made it even better. I enjoyed learning about our shucker, his life, and his aspirations.

Be right back — drooling all over again.

I also ordered a lb of peel and eat shrimp, seasoned with Old Bay. This is pretty far up there in terms of my favorite foods, too. These were delicious and well-priced at $15.95.

After eating this, we decided that we needed to split another bucket. Two people, 5 dozen oysters… and when we left, we said that we wished we would’ve ordered one more bucket.

I rarely travel to Central Florida; however, I will go back specifically for Lee and Rick’s.

FTC: This is not a sponsored post. All opinions are my own.