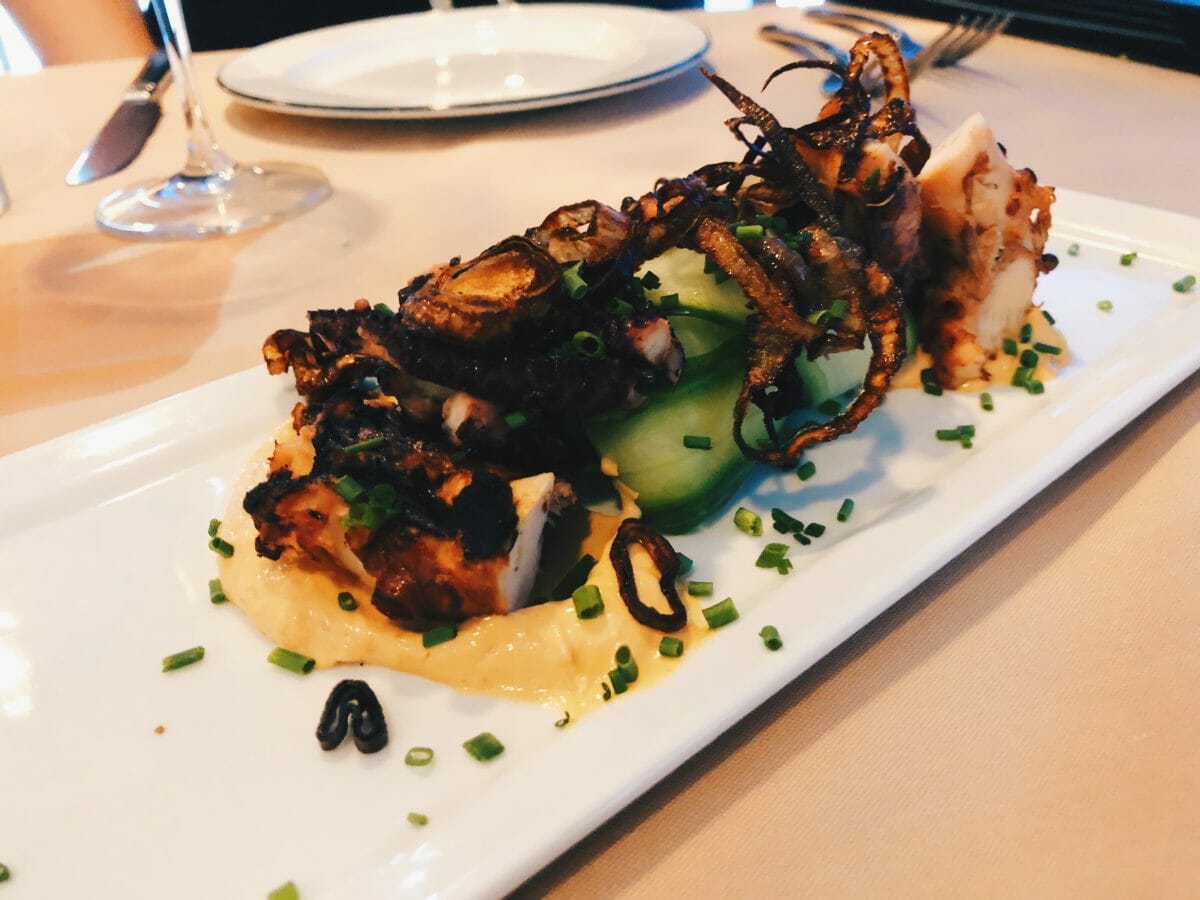 Hey, y’all! I am back from Cuba — what an enriching, amazing experience that was! More on that later.

Before I left, I had the opportunity to dine at Anoosh Bistro. The food, service, wine pairings — top-notch, to say the least!

I found each course to be well-executed; the food was refined, elevated simplicity. If you know my philosophy on food, you know that this is very important to me. I believe that simple food has the most flavor, tells the most profound story, and reflects the most care and devotion.

The mastermind behind Anoosh Bistro is Chef Anoosh Shariat.

To learn more about him, I will quote his highlight on Great Chefs: “Persian born Anoosh Shariat began his culinary career at the young age of 14 while attending high school in West Germany. Although engineering was his chosen field, cooking became his passion. He worked his way through many kitchens in Switzerland and Germany, learning the European techniques. When he moved to Dallas in the late 1970s, his exposure to southwestern and Mexican cuisine furthered his culinary knowledge, and he helped open the Highland Park Café. In 1988, he moved to Louisville as executive chef of Remington’s, where he made a name for himself utilizing his diverse knowledge of European, Middle East and Southwestern cuisine.

In 1993, he opened Shariat’s Restaurant to rave reviews. In 1996, the Great Chefs television crew showed up to tape Chef Anoosh at Shariat’s for the Discovery Channel’s Great Chefs of America series.

Chef Shariat closed his restaurant in 2003 to take a break for 10 years and work as an executive chef and operating manager for SoHo Catering, as well as Brownings Restaurant & Brewery, and MEZ, before getting back as chef/owner of Anoosh Bistro in 2013.”

Now, more on the food!

This charcuterie has been in my dreams, y’all.

The highlight of the meal – charred octopus.

Mussels in the most amazing broth — tomato saffron.

How gorgeous is this lobster tail + risotto? It’s even more delicious than it looks!

Thank you, Chef Shariat and Anoosh Bistro, for having me! Food, drinks, and my dear friend Lori as dinner company = a night well-spent.

FTC: This is not a paid post; I, at times, receive accommodations in exchange for a review.  All opinions are my own.