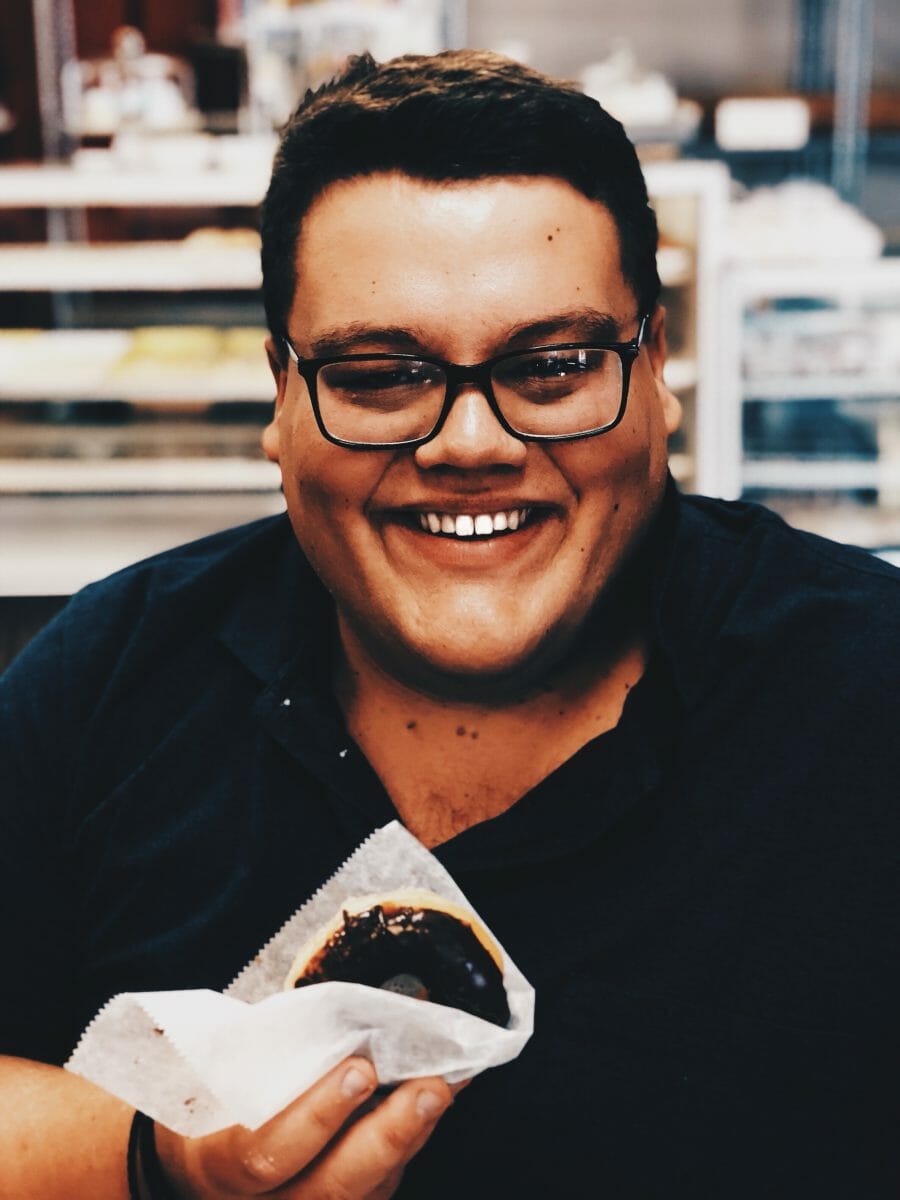 Friday, June 1st was a very important day for us foodies – National Doughnut Day! Before we start talking about those delicious carbohydrates, I have a confession. In my world, it is 100% doughnut, not donut. That spelling makes me cringe.

I wasn’t in Louisville to celebrate the day; rather, I was home in Southern Kentucky. Where did I celebrate, then?

Their story: “Amon and Rosemary Stephens were in Detroit, Michigan, when they received a call from Rosemary’s uncle saying he wanted to sell his bakery. He had taught the couple everything he knew about the business, and now wanted to turn it over to them.

So for her birthday, Amon gave Rosemary a bakery. The transaction was complete on January 18, 1951 and the couple set up shop in a small space off of Zachary Way in Downtown Somerset.

“That’s what he bought me for my birthday, and I tell [people] I haven’t been out of a job since,” Rosemary said.

The bakery outgrew that original location, and during the next six decades moved several places — including Tradewinds Shopping Center and the Somerset Mall — before landing in its current location on South Highway 27 at Light 13.

The bakery has been a focal point of the Stephens family throughout the years. Though Amon, a World War II veteran and ordained minister, retired from day-to-day operation several years before his death in 2012 at age 90, he and Rosemary remained familiar faces at the bakery. People in the community remember him not only for his famous sweets, but also for his giving nature and compassionate spirit. The bakery has been involved with many community service efforts, including God’s Food Pantry, the American Cancer Society and the Organ Donor Program.

Now owned and operated by Doug Stephens, one of the couple’s four sons, Amon’s is a favorite among locals, tourists and dignitaries. It’s even rumored that President Bill Clinton at one time dispatched runners to get Amon’s doughnuts for him. Amon’s Sugar Shack is nationally recognized for its sweets and café-style meals, having been featured twice as a favorite in Southern Living magazine (including No. 1 favorite bakery), and selected as one of the 101 best places to eat in Kentucky by journalist Gary West. The recognition has drawn business from people across the country.

While the bakery’s claim to fame is the original glazed donut, the bakery offers more than 70 varieties at any given time. All of the donut production is done by hand; all breads, cakes, icing and cookies are made from scratch.”

If you are ever in Somerset or Southern Kentucky, don’t miss out on their delicious offerings! Plus, a doughnut, such as the one above, will only set you back $1.00.

FTC: I was not compensated for this post. All opinions are my own.

Free Sandwiches for Oaks and Derby at Top Round Roast Beef